“The well-known consulting agency stood out for its innovative corporate incentive system, leading the way in Italy and Europe. In fact, its employees were rewarded not for the results they achieved but for those they will achieve in the coming year.”

With these words, Barabino & Partners is awarded the unprecedented Best Practice Resource Enhancement Award at the Legalcommunity Labour Awards 2022, he ceremony celebrating excellence in the legal market for labour lawyers. 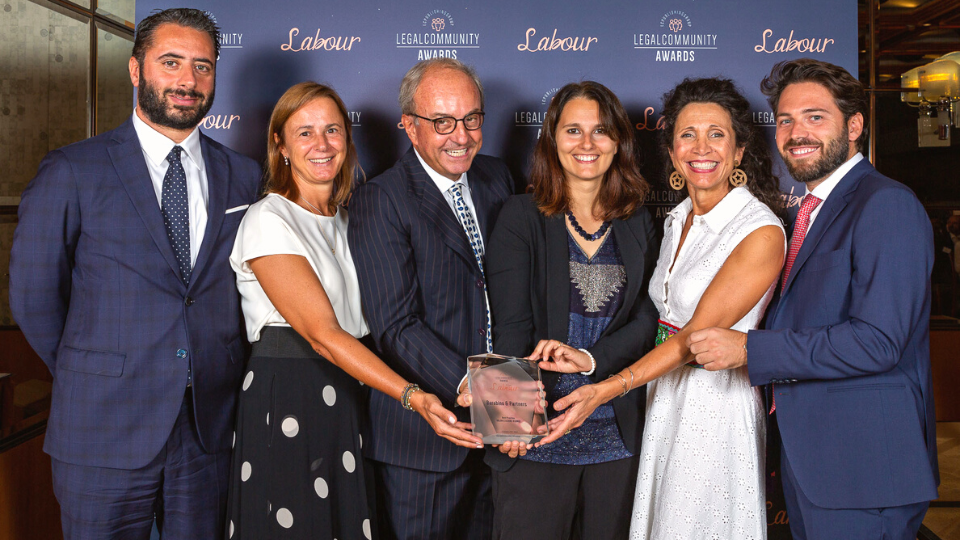 This is a unique award in Italy, as it is not directly related to the company’s reference sector of communications, but rather to its innovative approach in the field of the interpretation of Labour Law in Italy and beyond.

The “Recognition to the Future” was bestowed last June in the form of a bonus through Barabino & Partners’ welfare portal, an unprecedented project created in partnership with Edenred, a leader in innovative welfare tool solutions. The news had attracted the attention of the press even then; first among them Corriere della Sera, Il Sole 24Ore and the Quotidiano Nazionale.

“Our resources probably didn’t expect this award– commented Luca Barabino – which is based on the analysis of the evolution of certain labour rules in which we believe. With the intention to pass a message of certainty and confidence in the commitment of our resources, but also to recognize the collective merit for the achievements that have characterised the last seasons of Barabino & Partners, which are allowing the company to differentiate itself in the market in terms of distinctiveness of behaviour and talent attractiveness.”.

This is not an anticipation of future eventual awards nor an extension of past awards. It is rather an additional unicum, aimed at rewarding Barabino & Partners’ commitment and ability to share resources. A symbol of stability primarily towards its own team, but also towards its primary stakeholders – customers, suppliers, communities, and territories of reference – by the company, which is known to be growing strongly and steadily, also internationally, following the recent acquisition of B2P Communications Consultant.

Therefore, thanks to the eleventh edition of the Legalcommunity Labour Awards, at the Four Seasons in Milan, the “Recognition to the Future” is back in the news in a high-profile context. The news was reported today, Sept. 13, by Il Sole 24 Ore.