This year Barabino and Partners has yet again renewed its partnership with the Foreign Press Association in London, the first and oldest international association of correspondents from international media present in the United Kingdom.

This year, in occasion of the prestigious FPA Media Awards, that were held on Monday the 29th of November at the Sheraton Grand Hotel in London, we designed the graphics and the images for the gala night, a moment of great importance for the global media sector. 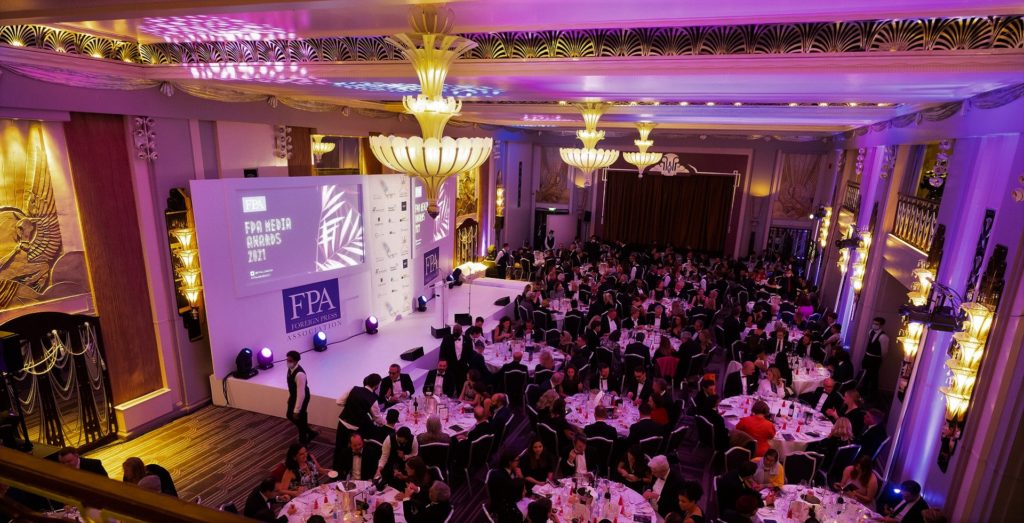 Known as the “Oscar of journalism”, the FPA Media Award is among the most influential and coveted awards in journalism. It is a tribute to the role played by information providers and journalists giving a voice to far away stories, complex or simply not known to the wider public, shining a light on events or details that would otherwise remain in the shadows.

Many exceptional guests have walked the stage at the ceremony these past few years, such as Raina Queen of Jordan, Charles the Prince of Wales, and Senator Mario Monti. The audience were 400 select few invited guests, including influential members of British and international media, politicians, business leaders and government representatives.

We are particularly proud to have partnered with such a prestigious institution as the Foreign Press Association, and Barabino & Partners is committed to renewing our support in 2022.