Bosconavigli, recently announced to the press, is in the running to become one of the new icons of the Milan that is changing, expression of an unprecedented drive towards renewal. Bosconavigli is more than a project and will be more than a building: it will be a symbol – one of many, we’re sure – of an international city which is pioneering urban choices just as much as economic and social policies, an inclusive city and a source of inspiration for many.

Idealised by Stefano Boeri,, Bosconavigli is a residential development project headed by Stefano Boeri Architetti e Arassociati and with the help of AG&P Greenscape for the landscaping. Promoted by Milano 5.0, a company that brings together Milanese developers and investors, Bosconavigli places itself as the starting point and heart of a deep renewal of the area that connects the Tortona district to the Navigli, bringing about the redevelopment of via San Cristoforo and becoming a beacon and an example for reforestation efforts in that urban context.

It will be a living, sustainable organism for the greenery system has been designed to filter microparticles of thin dust and cut down on pollution, simultaneously reducing energy consumption thanks to the thermal inertia of the vegetation, which protects from the sun’s rays and absorbs CO2. The thousands of plants and trees that will cover Bosconavigli will be a bastion of biodiversity and bring about a paradigm change in the colour and profile of the building with the passing of the seasons.

Throughout the planning stage, great attention was placed on securing the best technological and construction solutions to guarantee the excellent environmental sustainability of the building: photovoltaic technology integrated in the architecture, rainwater collection for the self-sufficiency of the irrigation system, geothermal energy. Furthermore, the design of the lodges improves the interpenetration between inside and outside spaces, encouraging the exchange of heat and natural light.

Here at Barabino & Partners, having always been a communications agency at the service of the best creativity of the Made in Italy, are proud of being part of this extraordinary adventure in telling the story of a city to both Italy and the world. We are likewise proud of having hosted the presentation of the project in Officina22, our event space located at the heart of the Brera district. 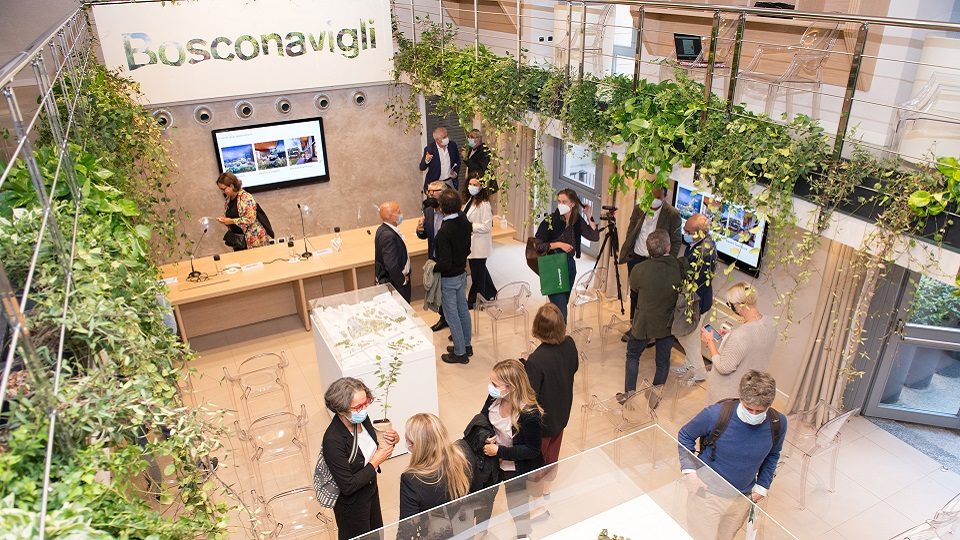